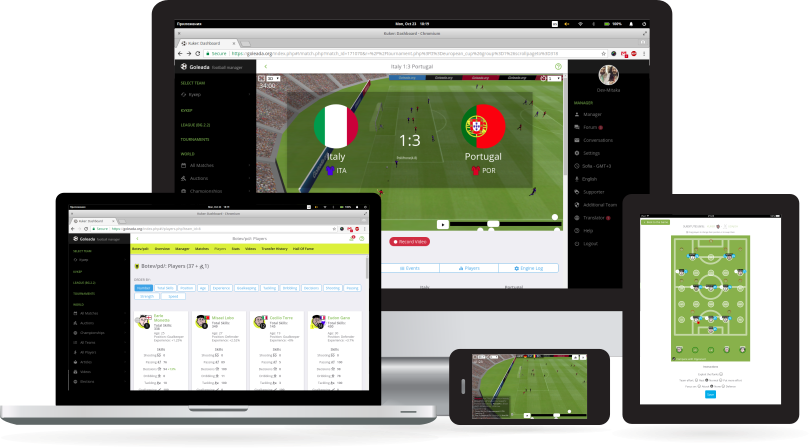 LIVE
The match engine calculates the match before and at the start of a game. The "Live" is just watching this already finished game and recorded log, receiving messages from time to time.
The LIVE is live, the game is played on the same time. You can change tactics, make substitutes in lineup or give orders to the team. The games are exciting and full of suspense.
Match engine
A player in a certain position contributes with his individual skills to the overall team sector (attack/defence/etc). These cumulative sectors are compared with the corresponding opposite zones in a limited number of game-chances.
The game is simulated all over the match-time, according the players positions and skills. The player induviduality matters, he is not acumulated with the others. One player can make the difference, but it is a team game - he cannot win alone. 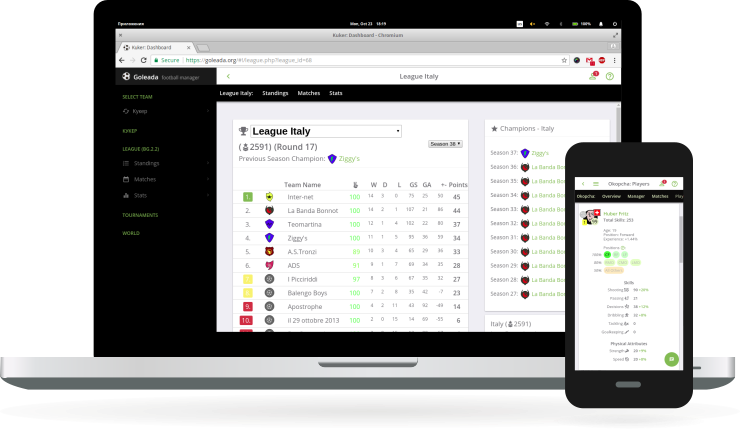